Though Adam Lin is unmarried, he experienced numerous dating failures…his unstable relationship was featured in Teen Mom…has two daughters with his two ex-girlfriends… threatened to kill girlfriend’s family…weight loss is noticeable due to his drug using habit…reportedly has no net worth though has a salary of…

If you have ever watched Teen Mom 2, then you must be familiar with the infamous handsome hunk, Adam Lind.

Reality star Adam was born on 16 July 1989 in South Dakota. He rose to fame after his appearance on 16 and Pregnant in 2010.  His popularity enriched more when he featured in Teen Mom 2. With that, the number of his followers on Instagram also ascended to 200,000.

Adam Lind was dating a woman named Stasia Huber in 2016. Well, she was not only his girlfriend but, also his fiancee as the couple got engaged 2 July 2016. 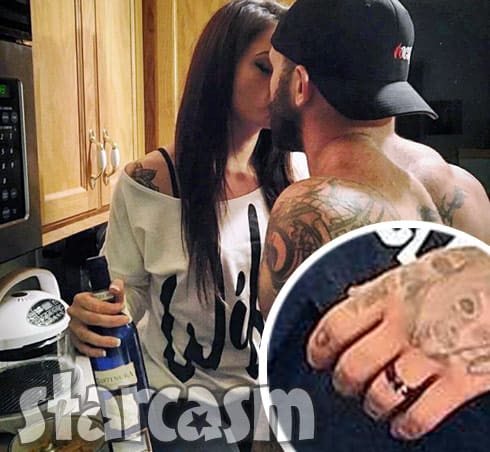 Their engagement news surfaced out when Adam shared a photo on his Instagram. In the picture, he wore, a ring in his ring finger while his girlfriend wore a T-shirt with print, 'wife.'

Adam's engagement appeared to be going well until sad news came for his fans. Stasia filed a case accusing him of physical violence, drug abuse, and harassment on 7 November 2017.

Well, his relationship with Stasia was not his first affair to go in vain as his previous relationships with former girlfriends also could not prosper well.

Well, Adam Lind is not married. However, he is infamous for his broken relationship with numerous girlfriends. Though involved with multiple numbers of women in his lives, he could not sustain his affair with any of them. Some of the women he has been linked to are:-

Adam dated Danielle Anderson for a few time until their bond collapsed and came to an end in June of 2015.

After facing failure in his love life with Danielle, Adam found his new ladylove, Brooke Beaton. Unfortunately, their relationship could not sustain as he began to show his rough side. He misbehaved with Brooke and threatened to kill her family. Thus, she was forced to be against him and file a case to be protected from him in December 2016.

Adam gained high popularity due to his relationship with Chelsea Houska. Though the pair were not married, they welcomed a daughter named Aubree in 2010. At the time, Chelsea was just 18 years old due to which, she and Adam got a chance to feature in 16 And Pregnant. Despite their long-term bond, the couple eventually ended their relationship as Adam started to behave immaturely.

Moreover, as Adam was involved in drugs, Chelsea issued a protection order for Aubree, and lawfully denied Adam from visiting their daughter.

But, violating the court's no-contact order, Adam met Aubree while she was in her grandparent's house in 2018's Memorial Day. So, he was arrested immediately and made to present himself on the court on 29 may 2018.

Adam's another relationship that created buzz was with Taylor Halbur. She is the mother of his second child, Paislee Mae (born in 2014.) Eventually, Adam broke with her which was very disheartening news for his followers.

Even though they broke up, Adam tried to fulfill his parental responsibilities towards Paislee Mae. He shared a warming bond with his youngest daughter and paid for the parental support.

However, due to his worsening financial condition, he could not contribute for expenses of Paislee. So, in September 2018, he withdrew from his parental rights after which, his ex-girlfriend legally adopted Paislee with her husband.

Adam entered into television realm on 9 March 2010. Featuring as a reality star for eight years, he may have had a handsome net worth. He even gets a hefty salary of $285 K from his stints on Teen Mom 2.

But perhaps due to his irresponsible behavior, Adam is reportedly broke.

Adam is a hard drug user.

Lind’s girlfriend Stasia also confirmed that he was in constant touch with cocaine and was engaged in steroid use. Furthermore, he came positive for the use of amphetamines and methamphetamines when tested by the court in 2017.

Probably, due to his habit for substances, Adam's has been losing his weight. Moreover, his weight loss is transparently noticeable in his pictures that he shares on his social media.