Brigette Lundy-Paine, an American actor, known for the series Atypical, reveals her sexuality through an Instagram post.

The Atypical actor Brigette Lundy-Paine opened up about their sexuality and came out as a non-binary in 2019.

Paine shared the news through their Instagram post of November 8, 2019. With the revelation, Paine has become one of the most prominent non-binary personalities in the entertainment industry representing the LGBTQ+ community.

On November 8, 1029, Paine made an Instagram revealing their sexuality as non-binary and emphasized how they has always known about their sexuality. Paine wrote,

I’m non-binary, always felt a lil bit boy, lil bit girl, lil bit neither. using they/them as of late n it feels right. scary af to come out n been rly putting this off. But I feel I owe it to myself and to all of us who struggle w gender. If you’re NB comment and celebrate yourself! u r beautiful and u r whole.

Talking about their identity with The Advocate, in 2018, Paine said that they had yet to figure out if they would ever date a straight man again. Further, they mentioned they she feels grateful for being a part of the expanding queer community.

Who is Paine Dating?

Paine hasn’t yet revealed if they is romantically involved with anyone currently. Moreover, Paine maintains a low-key presence on her social media, making it harder for their fans to sneak into their love life.

However, in the past, Paine was engaged to their partner Joshua Hoover, a comedian starring on How I Met Your Mother and Action Plan.

Paine even took to Instagram to share a picture with her then-fiance. But, the post has already been deleted. Moreover, there is no updates on their relationship whatsoever, and it might suggest that the two have split their ways long ago.

Paine and Hoover smile for a picture

Witnessing the flirty exchange between the two on their Instagram story, their fans were quick to notice something was going on. In the story, where Paine wrote about introducing Halsey to their parents, Halsey replied to the story referring to Paine’s parents as her ‘in laws.’

Further, a story of Paine also showed the two spending Christmas together. Those cutest exchanges were enough to freak their fans out with excitement. However, there has been no confirmation if they were ever romantically involved with each other. 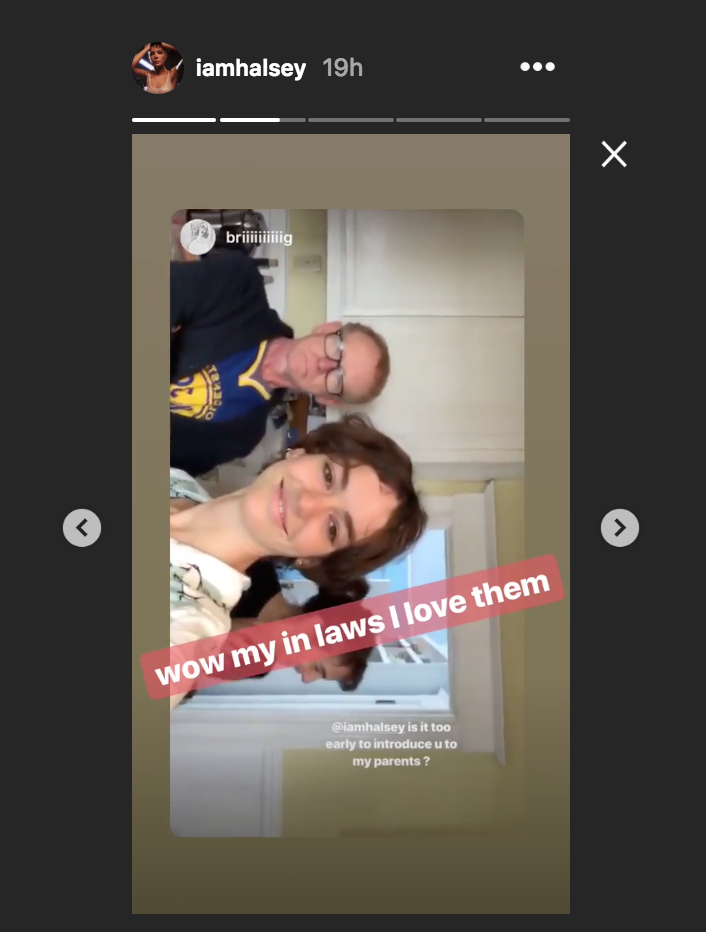 Born in 1994 in Texas, Paine grew up with their brother, Benjamin Lundy-Paine. Besides, Paine might have been influenced by their parents, Laura Lundy and Robert Paine, who are also performers.

The Atypical star, who is currently busy with Atypical season 4, is slowly spreading their wings in the industry with their involvement in several films and series.

Although Paine's acting debut hasn’t been too long since their career flourishes at such a pace, it won’t take them much time to be called amongst the prominent actors in Hollywood with a hefty net worth.