Shay Johnson grabbed entertainment limelight after appearing on the…besides TV stint, Shay flaunts a mesmerizing bond with her parents on social media…suffered the issues of weight gain and depression in...accused to be pregnant... was once dating American rapper after initiating the relationship in July 2010...rumored to be dating the former Real Housewives of Atlanta star

The 34-years-old star has also made a name for herself appearing in various music videos. Besides the professional stints, she is yet to settle down and rejoice in a joyful relationship life. In fact, she tried in the past but failed big time.

Shay Johnson was born on 30 September 1983 in Georgio to her Afro-American parents. She holds an American nationality and carries a mixed ethnicity.

Shay grew up alongside her sister and brother and shared a blissful time with her nephews. Besides, she has always been a sweetheart to her parents. Shay’s frequently flaunts the bond with her folks via her social media posts. 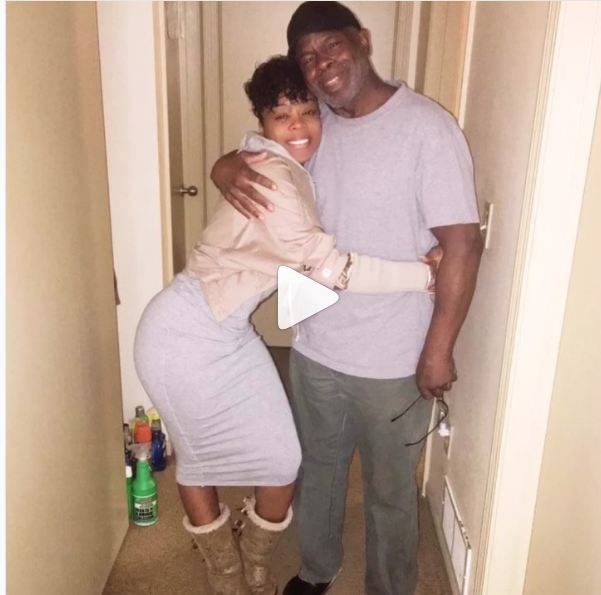 One such instance was on 18 June 2018 when she wished a Happy Father’s Day to her dad via a cute video on her Instagram account. Her caption enlightened the fact that her joy and silliness were the gifts from her loving father.

Moreover, Shay Instagrammed the sweet video with her mother on 13 May 2018 and wished her a happy Mother’s Day. Meanwhile, she expressed an incessant love for her mother through a beautiful caption.

Besides her love for parents, Shay developed a significant affection for media exposure from her early age. Subsequently, she managed a global recognition as Buckeey from the second season of VH1’s reality TV series Flavor of Love 2 in 2006. It was the first time Shay got the taste of the entertainment industry.

Apart from the reality series, Shay frequently made appeared in numerous music videos with Jazze Pha, Fabolous, Shawty LO and much more.

The big break for Shay Johnson came when she joined the VH1’s reality show, Love & Hip Hop: Atlanta. After appearing in 2012/2013 season, Shay left the show as she had to fight with issues regarding weight gain and depression. However, she made her comeback on the show looking as sharp as always in the new season which premiered on 1 January 2018.

Following her career as a reality TV star, Shay has her hands on a healthy amount of money. Her media paycheck boosts her net worth which swirls around $400k.

Shay Johnson was once dating American rapper, Lil Scrappy. After initiating the relationship in July 2010, Shay parted the ways with her rapper boyfriend in June 2013.

After that, Love & Hip Hop: Atlanta star Shay Johnson was rumored to be dating the former Real Housewives of Atlanta star, Peter Thomas. The rumors surfaced on the internet after their cozy selfie.

However, addressing the situation, Peter shut down the rumors via his Instagram video posted on 17 April 2018. He stated,

"I just read articles saying Shay and I are dating. Hmmm, not. She's a great person, though... She was hospitable. She was gorgeous... She's awesome, but she's not my girlfriend. Sorry. Run with that, people."

Besides the relationship gossips, Shay was once rumored to have been pregnant during her stint at Love & Hip Hop: Atlanta.

The presumptions surfaced in the media when Shay gained massive weight in short time. However, she addressed the issue referring that she went through a depression stage at that time and went a bit thicker than normal.

Subsequently, she started working out and balanced her weight by dropping 40 pounds.