Alicia Loxley is an Australian TV news presenter and reporter affiliated to Nine Network Australia. She joined the Nine News team in Melbourne in June 2008, but she had earlier made her first media appearance for Radio National's The Sports Factor.

Before landing on Nine Network, she garnered professional experiences working as a reporter and producer for Triple J's morning program and reporting from the ABC Newsroom of radio, television news, and Stateline.

As of today, she celebrates her 11 years of excellence with Nine Network and is looking forward to her upcoming ventures.

Alicia was born on 19 September 1981 in Melbourne and grew up creating an abundance of childhood memories in many beautiful places in Australia. Exact details on her parents and early life are not out on the media and public as of yet.

While on Mother's Day, the 37-year-old shared a series of selfie-pictures with her mother and kids. Being a mother herself, Alicia flaunted the second generation of motherhood on her social media. 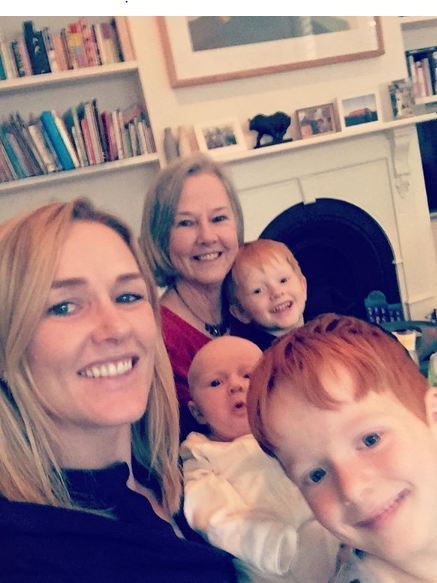 This mother’s day was even more special as she got to be with her newly-born daughter.

Alicia is blessed with an even more fascinating married life. The mother of three beautiful kids - two red-headed boys, Ned & Archie and an adorable daughter named Ada Elizabeth Loxley - has amazingly maintained a perfect balance between her personal and professional life. However, it would not have been possible without a loving and supportive husband by her side.

Alicia exchanged wedding vows at a winery in Eagle Bay, near Dunsborough on 27 January 2019. Alicia and husband Kane Loxley planned their special day perfectly and had so much fun with their family and friends. Alicia Loxley and husband Kane Loxley enjoying the moment of their life on their wedding held on 27 January 2012 (Photo: Alicia Loxley's Instagram)

Today, Alicia and her husband Kane - a Barrister at the Victorian Bar in Melbourne - lead their perfect family of five.

As the couple raised their glass for a toast on their seventh wedding anniversary on 27 January 2019, they were expecting their third child, without having seen the gender of the baby. Thus on 3 April 2019, as they welcomed their baby girl, they felt like they have achieved everything from their life.

Taking about Alicia's education, she went on to RMIT University and studied Bachelor of Arts in Journalism, where she won the Ormsby Wilkins Memorial Award for Best Performance in Radio Journalism. The bright scholar then deployed her academic achievements to make a name for herself in the broadcast media.

Today, from all the long-hauls and dedication, she has gained a maximum prominence from her career’s height. The exact figure of her net-worth and the salary she earns from her job is not yet projected on the public.

She mentioned about selling her Abbotsford house for $1.2 million at auction, which she had purchased in 2009.